3 Ways to Listen Better and Become a More Effective Communicator

Leaders should engage a greater number of voices in the conversation and seek to understand the emotional motivations at play. 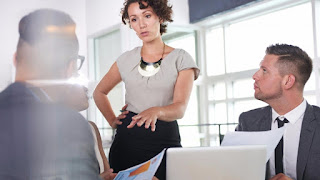 Conversations about gender dynamics in leadership usually focus on what women can do differently to be more effective. But men also play a part in building better working relationships and developing more balanced leaders.
Leadership clashes between men and women typically stem from the same root as most other problems in the workplace: communication breakdowns. Research conducted by our company, Skyline Group International, Inc., found that leadership exists on a spectrum. For every skill, there’s a masculine and feminine way of doing things.
We achieve better communication when we understand the different expressions and take a more balanced approach. Here are a few ways to begin applying those principles in your daily work life.

There’s a widely-held belief that men aren’t the best listeners. Sitcoms and popular culture play out this stereotype over and over again. The truth is, men do listen -- they just don't necessarily discern what women want them to hear.
Our research found the masculine expression of listening centers on clarity and the ability to paraphrase. The feminine expression of listening is more concerned about picking up on emotional context. Men often express the masculine form of listening, while women are more apt to express the feminine form. This means men in leadership tend to listen with a goal of understanding the speaker's main points. Women in leadership, however, generally wish to understand what the speaker is feeling. Because everyone is listening for different things, messages get lost and people feel as if they aren't heard.
Notes and emails can help clear up communication if used properly as a follow-up to these conversations. For example, you might send a quick email that acknowledges the emotional aspect and lists brief bullet points that outline the agreed-upon call to action: “To recap our conversation, I heard your frustration with the situation and your desire to see the following three changes. ..." This also serves to document the conversation so everyone has a reference point and understands the next steps. Encourage peers to do the same.

2. Take cues from women on dealing with emotion.

Men don’t typically listen to emotional cues, and they usually don’t express them well, either. In fact, our research found that men and women agree the feminine expression of emotional control (acknowledging emotions and appropriately expressing them) is more effective for leaders than the masculine version (ignoring emotions and holding them in).
Acting professional doesn't mean leaders become robots. Appropriately expressed emotions remain critical to communication. Bottling up emotions can lead to rocky office relationships and cause unnecessary problems.
Instead, take cues from women in leadership positions. When women express their emotions, join the conversation and be open about your feelings as well. This helps build more authentic communication and fosters trust -- a critical component of the most effective teams.

3. Involve everyone in the conversation.

Men tend to be more directive with their language than women. Our research confirmed men typically have a more authoritative leadership style. While this approach is effective, it might not be the best communication strategy.
After all, respondents to our survey rated the feminine manifestations of self-confidence, executive presence, conflict resolution, creativity and innovation, and entrepreneurship as more effective. The overall concepts of these competencies center on communication, listening to others’ ideas, and involving others in the conversation -- rather than telling teams what to do.

Women in leadership take a more collaborative approach, and men can become more effective communicators by doing the same. When discussing ideas, plans, projects, and more, welcome feedback from participants and listen to their ideas. Allow a dialogue to evolve instead of talking at someone in a one-way conversation.