Referral Programs to Get More Bang For Your Buck 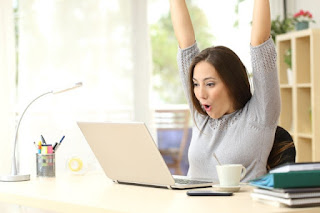 Referral programs are an awesome way to get more bang for your buck simply by referring a friend or a family member to some kind of service on the web. Don’t you wish everything were as simple as referring someone and getting free stuff?

How amazing would that be if you could refer a friend to a new grocery store and then get half off your groceries? While these programs don’t always exist in the real world, they definitely do exist online. In this article, we’re going to take a look at some of these referral programs and figure out how you can use them to your advantage.

Togle’s referral program works by rewarding you with various prizes for referring people who then make successful purchases through Togle. New clients start with zero points, but they quickly build on that with successful referrals.
So if you invite five friends and three of them successfully make a purchase, you’ll have just earned a total of three points.
Even just having two points will grant you £20 in theater tickets, and you can turn that into an equivalent Amazon gift card if the theater isn’t really your thing.
Five points gets you a £40 Amazon gift card, and 10 points gets you a £100 Virgin gift card which you can use for things like skydiving, segway racing, and even more. 40 points will get you an iPhone 7 128 GB or else a flight for two to Miami.

Dropbox has a pretty famous referral program by this point. They will award you and your friend 500 MB of additional storage space, up to a maximum of 16 GB.
This referral program is truly of legendary proportions: Their signups increased by 60 percent and users sent 2.8 million user invites just by 2010.
One of the most effective parts of this referral program is the fact that both referrer and receiver are rewarded with extra space. It would’ve been effective if just the one doing the referring were rewarded, but the instant reward for the person doing the joining is likely what took that over the edge for many incoming users.

The amazing thing about PayPal’s referral service is that they literally gave their users free cash, something that only payment platforms can truly get away with it. This referral program which also benefited both parties caused a 7-10 percent daily increase in growth. That’s not monthly or weekly, but daily.
This is what PayPal used to achieve a number of early adopters, something that traditional advertising just wouldn’t be able to replicate. It’s hard to argue with the numbers. Giving away free money might seem like a crazy thing for a business to do, but it’s part of the reason why PayPal rules the online payment world today.

Airbnb’s second referral program was actually more successful than the first one they did. What their program amounts to is a greater amount given to the friend who was referred, as it’s commonly thought that people will share with their friends not for financial gain reasons but because they think the friend will benefit.
In this example, $25 is given to the one who did the referring when their friend takes a trip, and then $75 when they successfully rent out their place. It should be noted here that that $100 isn’t cash, but rather money to be used for travel purposes. In this way, Airbnb keeps it all secure within their company and their platform. A revolutionary and effective idea.
It’s hard sometimes to find the right referral program for your needs. There are so many out there, but it’s hard to know which ones are real and which ones stiff you out of a reward. By looking at some of the most popular options out there, it becomes much easier to get an idea as to what you should be looking out for.
While this list isn’t exhaustive, it should help you to orient yourself when it comes to the world of referral programs. It’s important, too, that you do your own research based on this and then see what you can find.