Six Reasons Why You’re Not Getting What You Want 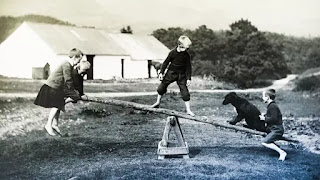 Most people focus on the wrong things in negotiations. Here’s how to get it right.

BY STEPHANIE VOZZA
You go into a negotiation knowing what you want, but if you walk away without getting it, your negotiating skills might need some work.
“Everybody wants to be a better negotiator–it’s a skill we all recognize is important,” says Corey Kupfer, author of Authentic Negotiating: Clarity, Detachment & Equilibrium the Three Keys to True Negotiating Success & How To Achieve Them. “Unfortunately, most are not happy with their level of skill.”
That’s because we tend to focus on the wrong things. “People study tactics and countertactics, and then countertactics to the countertactics,” says Kupfer, managing principal of Kupfer & Associates, a New York City-based law firm that helps entrepreneurs and corporations negotiate deals. “No matter how much practice you’ve had, that method of negotiating is not going to get you where you want to be. It’s manipulative instead of effective.”
Successful negotiation involves an open mind and a willingness to work together. Get what you want–or at least a close-enough version–by avoiding these six common pitfalls:

You may have studied up on the other person, but how much internal digging have you done?
“Where people really don’t do the level of work needed is on the internal prep: The deep, inner work where you get clear,” says Kupfer. “You have to make sure the true bottom line is in line with your internal truth through every point of the deal. How do you design a negotiation if you don’t know what works and doesn’t work for you?”
Instead of simply creating a list of wants, identify your motivation, suggests Kupfer. “Be able to answer why you want it,” he says. “If you don’t, you may agree to something and then find out later it’s not what you really wanted.”

2. LETTING YOUR EGO GET IN THE WAY

Your ego can show up a few different ways when you negotiate, says Kupfer. “It can be a macho know-it-all,” he says. “That’s an ego that doesn’t listen, and you run into trouble, because listening is an important skill in life and negotiation.”
You ego can show up as pride, where you become upset when someone says your company isn’t worth what you want, or when you don’t get the raise you ask for. And your ego can hurt you if you don’t own your own value.
Bypass your ego by staying detached to the outcome, says Kupfer. “Great negotiators want to get the deal done, but if it doesn’t meet their criteria they’re okay,” he says.
To detach, leave space and time to do whatever it takes to get you centered, says Kupfer. “It’s different for different people, but it could be meditation, running, bouncing thoughts off your mentor or close friend, or running spreadsheets,” he says. “Whatever gets you clear-headed.”
Having an ambivalent point of view helps you be a better negotiator, says Naomi Rothman, assistant professor of management at Lehigh University.
“Ambivalence makes individuals more receptive to others’ points of views, allowing negotiators to see if they have a shared perspective with their partner and enabling a collaborative tone in the negotiation,” Rothman says. “Expressing ambivalence in a negotiation also signals flexibility, and combined with creating a collaborative tone, can help negotiators achieve more integrative win-win negotiation outcomes, than expressing more aggressive states such as anger or even neutrality.”

3. BEING CONTROLLED BY FEAR

Being fearful during negotiations can negatively impact the outcome. “Some people are afraid of losing or succeeding,” says Kupfer. “They fear the unknown or looking bad. When you feel like you need this deal and you’re afraid of losing it, your fear will come across in what we say, in our tone and in our intonation.”
In order to control your fear, work to deal with what’s causing it and work on detachment. “Every master negotiator knows that the only thing worse than not getting a deal done is doing a bad deal,” says Kupfer. “You have to have underlying trust that if it’s meant to be, it’s meant to be. If not, you’ll do a deal later or with someone else.”
Control your fear by anticipating the “no,” adds Joel Klein, business coach and CEO of BizTank, a Shark Tank-style platform that helps connect entrepreneurs to capital.
“Don’t be afraid to communicate exactly what you want, and don’t be set back by a ‘no,'” he says. “Determination is something investors will admire, and even if investment isn’t offered the first time round, the determination and ambition that you express may attract investors to come back to you at a different time.”

People can get hung up on details and structure, dismissing a deal that doesn’t fit within certain parameters. But if you come into a deal from a rigid place, you’re teeing yourself up for failure, says Kupfer.
“It’s easy to get locked into preconceived notions,” he says. “Or you can get rigid around timing, but that can backfire.”
If you push the pace of a deal too hard and don’t have patience, you might send a signal that you’re desperate or trying to hide something. Or if you go too slow, the other person could lose interest or find simpler solutions.
“Instead, be open to the flow of the deal,” says Kupfer. “Deals need to follow their organic rhythm, which could be very fast, very slow, or somewhere in between.”

Emotions can cause you to lose objectivity in negotiations, controlling or blinding you. You could become angry or frustrated, or you could enter the process being too attached to the outcome.
“Emotions can be signals telling you something,” says Kupfer. “Take a break or a step back. Ask yourself, ‘Why am I getting upset?'”
You may need to practice ways to detach from the deal, or decide if it’s the right time to be entering negotiations.

The easy part of negotiations is being honest and authentic, says Kupfer. “If you’re dishonest, that’s a problem,” he says. “Negotiations often start an ongoing business relationship, and they affect your reputation. If the deal starts out with a lack of integrity, the word will get out.”
Behaving aggressively and dominantly may help you achieve short-term, one-off wins, but it will hinder you in the long run, says Rothman.
“Negotiations are inherently interdependent; you need both parties to work together,” she says. “Behaving aggressively and dominantly signals inflexibility and is unlikely to inspire problem-solving approaches in negotiation partners. By contrast, behaving less dominantly has been shown to signal greater flexibility and can inspire greater problem solving that yields outcomes that make both parties better off.”
source - fastcompany