The Secrets to Saving Money 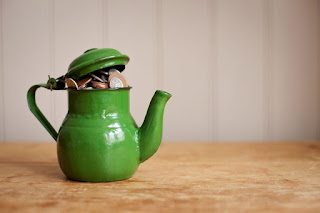 By Jeremy Vohwinkle
Updated August 15, 2016
Would you be interested if I told you there’s a secret to saving money? Well, it’s true. There are a few secrets that can be used to save money, even if it doesn’t feel like you have any money to save. The bad news is that these secrets have been made public for decades and it’s simply up to you to decide whether or not to use them.

First, you need to create a budget.

I know what you’re thinking, but before you can even dream about saving money you have to know where your money is going. There’s simply no way around it. How can you decide where to make cuts or find extra cash to save if you have no idea where all of your money is going? You can’t. So, it’s time to create a budget.

The thing is, you don’t have to make it a chore. In fact, many successful people get through life without tracking every single penny each and every day. You can probably get by doing the same. Initially, you do have to at least sit down and find out where your money is going. How much is being spent on housing, utilities, groceries, debt, and entertainment? Once you have created a clear picture of where your money goes in a typical month you can begin to spot trends and problem areas. After you’ve found the problem areas you’ll have a better idea of where you can cut back and by how much.

Then you can use that money to apply to your savings.

As you can see, the idea is to paint a picture of where your money is going and isn’t so much about tracking every single dollar you spend throughout the day. Yes, that can also be a helpful exercise to keep spending under control, but that’s also what turns most people off of budgeting after just a few weeks.

Saving Money Secret #2: Paying Yourself First
After you’ve identified where your money is going you should have a few spare dollars to put aside into your savings or a retirement plan like a 401(k). That’s a great start, but there’s another secret to saving money: paying yourself first.

You’ve probably heard that phrase before, but it’s so common because it works. If you’re like most people you probably wait until your paycheck hits your checking account, you pay the bills and buy the weekly groceries before deciding how much you can afford to deposit into savings. By then the amount may be small and you’re worried you might need those few dollars later in the week so you avoid putting any money into savings at all. Big mistake.

You need to think of your savings just like you would any other bill. When your electric bill comes each month what do you do? You make sure it gets paid, right? That’s how you need to treat your savings account. If your goal is to save $100 a month then think of that as a $100 bill that needs to be paid. If you are thinking about this in terms of a bill you’re more likely to make that deposit and build up your emergency fund.

Just thinking about your monthly savings as a bill isn’t enough, and that’s where you have to pay yourself first.

You need to create an automatic savings plan that will automatically deposit money into your savings account before you even have a chance to spend it. This can be done right through your employer’s direct deposit or with a recurring transfer with your bank. And just like magic, you don’t even miss the money going into savings each week, yet your savings account begins growing over time.

Saving Money Secret #3: Spend Less Than You Earn
This is the holy grail of personal finance, but if you can’t utilize this secret you’ll never be able to save money. You simply have to spend less money than you earn and there’s no way around that. It’s all about cash flow.

If you earn $100 and spend $110 you’re now at a -$10. Where does that extra ten dollars come from? Usually, it’s borrowed money, either from a credit card or some sort of loan.

And guess what? That borrowed money comes with interest. That means you’re actually more than ten dollars in the hole. As you begin to do this on a regular basis month after month and with large dollar amounts it’s easy to see how someone can get tens of thousands of dollars in debt, which is exactly why most people feel as if they don’t have any money to save.

As this debt mounts you may find yourself just making the minimum payments each month, but that in turn just means you’ll be spending the next ten or twenty years paying for something you couldn’t afford, spending thousands on interest.

You Can Save Money
Do those secrets sound like common sense? They should. Most of us know that we need to budget our money, put money aside for the future, and stay out of debt, but many of us still can’t do it. Unfortunately, short of winning the lottery, there are no secrets to building wealth. These three sound money management principles are the foundation of personal finance.

One thing is certain. If you can budget your money so that you are spending less than you earn and put some of that money into a savings or retirement account before you have time to spend it, you will be able to save money and build wealth.