Home Unlabelled Why I’ve Stopped Accepting Compliments About My “Hustle”

Why I’ve Stopped Accepting Compliments About My “Hustle” 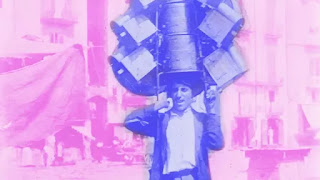 Entrepreneurs are still enamored with “hustling,” says one writer. Too bad it’s not how great work gets done.

BY JEFF GOINS
This story reflects the views of this author, but not necessarily the editorial position of Fast Company.
I get a lot of different reactions when I tell people how I quit my job to become a full-time writer and entrepreneur. But only one of them really rubs me the wrong way, and it’s pretty common: They’ll compliment me on my “hustle.”
Whenever this happens, I’m always forced to set the record straight: I never hustled. I took my time. I had a vision for how I wanted to live and work, and I pursued it passionately. Sure, I was tenacious. But no, I didn’t hustle.
It’s not just that the idea of “hustling” doesn’t accurately reflect my own professional life. It’s also a really flawed concept for anyone to plot a career path by. At base, “great hustle” is hardly a compliment.

It isn’t just entrepreneurs who like to talk about hustle, a word the business world adopted from entertainers and athletes. But it’s been a popular term in startup circles for years. In a popular video from 2014, Gary Vaynerchuk calls it “the most important word ever.” His definition? “Putting all your effort into achieving the goal at hand, and for me that means making every minute count.”
Sounds reasonable enough, right? But in the same video, the entrepreneur and speaker stands outside on a darkened New York City street, the lights of a Christmas tree twinkling behind him, and boasts about the three meetings and round of emails he still has lined up for that evening. “While everybody’s drinking some goddamn eggnog,” he says, “I continue the hustle.”
I admire Vaynerchuk for his inspiring work ethic. But frankly, I’m tired of hearing the word “hustle” used in such a positive context. Working relentlessly for long hours isn’t the only sign that you have drive. After all, is it really a good idea to put all our energy into one thing all the time in the first place? Is it the only way to succeed? Probably not.
Here are a few of the ways Merriam-Webster defines the verb “hustle”:
None of these sound like particularly smart strategies for either business or life. In fact, the main thing they have in common is that they don’t sound very strategic at all.
Success isn’t a mad dash to the finish line. It’s a series of slow, steady steps in the right direction. And if you don’t quit along the way, you eventually get there. But the way to long-term success takes a lot more than “energetic activity” every second of the day. It’s time to put this word to bed. Hustling may have its merits, but more often hurts than helps. Here are three reasons why.

These days, it’s as popular to be busy as it is to lament our culture of “busyness.” For many of us, having tons to do is a badge of professional significance. But researchers have long documented its costs to our health. In fact, rushing from one thing to the next can make you physically ill. “Hurry sickness,” as one employer that studied the issue termed it, is “a behavior pattern characterized by continual rushing and anxiousness; an overwhelming and continual sense of urgency.” This sort of hyperactivity can increase stress, put pressure on your heart, and stifle your ability to lose weight and even sleep.
A friend of mine worked for a large nonprofit where it was rare to work less than 60 hours a week—his hours were closer to 75, and often he’d sleep only four hours a night. But this was the kind of “hustle” encouraged by the mission-driven organization’s leadership. After five years of constant busyness, my friend’s health, marriage, and quality of work declined. He ended up quitting to work somewhere else, and he’s a lot happier and healthier now. Hustle didn’t lead to success or boost his career—it almost wrecked it.

A recent study by Boston University’s Questrom School of Business professor Erin Reid found that managers couldn’t distinguish between work done by employees who worked 80 hours a week and those who just pretended to do so. Examining Reid’s findings in Harvard Business Review, Sarah Green Carmichael wrote that there was no “evidence that those employees actually accomplished less, or any sign that the overworking employees accomplished more.”
We tend to assume that longer hours lead to better work, but the opposite is often true. Whether for an individual or for a company, putting in more time doesn’t necessarily mean you’ll do better or even more work. I’ve found this to be true myself, having gradually cut my 50-hour workweek down to 40 hours, then 30, and then 25. Each time I reined it in, I found that the volume and quality of my output was about the same but that my working hours became more productive each time.
The cliché is often true: More isn’t always better.

When we hustle, we sometimes forget the importance of time off. We think every hour that we’re working—every moment we’re able to squeeze out another task—must be adding up, contributing to the results. But that’s not always the case.
Working endlessly on a project for 10 hours straight isn’t nearly as effective as working on the same project by using sporadic bursts of energy, taking brief but regular breaks. A 2010 study at the University of Illinois found that not taking breaks while pursuing a specific goal actually slows down how quickly it’s reached. On the other hand, in a separate study, people who took 15-minute breaks in their work had more stamina overall—they could stay focused longer, allowing them to do deeper and better work.
Working at high speed and at a continuous energy level just isn’t realistic, and it ultimately hurts our output when we try it. It’s much smarter to take your time and move with intention. After all, hustle is an impatient person’s game. And winning always takes patience. I’m not saying go after it only when you feel like it—that’s laziness. You do have to put in daily effort. But I’d much rather exchange “hustle” with “perseverance.” It’s a better word because it’s a much more accurate description of what it takes to succeed.
So hustle when you need to. When that deadline is looming, push hard, press the boundaries of what’s possible—rush things if you have to. But do that all the time, and you and your work will both suffer. A healthy lifestyle, an efficient approach toward work, and knowing how and when to focus are more important than putting in a ridiculous amount of time.
Those are the things I’d much rather be praised for. Wouldn’t you?
source - fastcompany