Will Entrepreneurship Make You Rich? A Realistic Perspective. 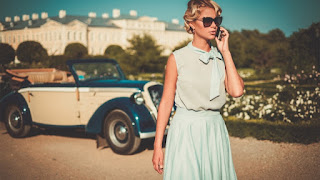 If you become an entrepreneur just because you see it as a shortcut to "get rich," you may need to rethink your priorities. However, entrepreneurship does offer significant potential.

Entrepreneurship is a manifestation of the American dream. Anyone, with the right idea and enough hard work can become successful, the saying goes. And, indeed, we constantly see images of multi-billionaires, like Mark Zuckerberg and Richard Branson, who built empires from scratch, and are taught that there's no income limit for business owners in our capitalistic system.
Accordingly, hundreds of thousands of new entrepreneurs every year write business plans and gather funds for their own chance to strike it rich and build enough wealth for a lifetime. But, is the idea of using entrepreneurship to get rich just a pipe dream? Or is it a legitimate way to build that level of wealth?

Entrepreneurship is a way to unchain yourself from the fixed salary you’ll make at a full-time job. Rather than being capped at whatever value your company determines that you offer, you’ll create your own value by owning a business with no upper limit on profitability.
Whatever money your entrepreneurial company makes beyond what it invests in itself and its operations is then yours to keep; what's more, you just might see an even bigger payday if you sell your company to a larger organization. But, as you might imagine, the path to wealth from entrepreneurship isn’t as straightforward as that picture would have you believe.

A study by American Express OPEN found that more than half of entrepreneurs surveyed were paying themselves a full-time salary, and typically making  $68,000 a year. That number rises and falls from year to year, but hovers around $70,000.
Of course, that paycheck doesn’t include any additional profits that business owners reap, or reflect what they make if and when they eventually sell the business. However, it does provide a portrait of how the “average” entrepreneur performs.
Because today's median household income in the United States is $52,000, entrepreneurs -- given that average $68,000 a year -- are earning above average.
But, remember, there are entrepreneurs who make far more and far less.

We like to celebrate the big winners of the entrepreneurial world, because our capitalistic and materialistic society deems these people the most worthy, and the best representations of the American dream in action. However, it’s not reasonable to think you have a strong likelihood of becoming one of them -- as well as a multi-billionaire.
That's certainly possible, but only a handful of entrepreneurs -- out of those 28 million small business owners in the United States -- get there.

It’s commonly reported that 90 percent of startups fail, but this number misrepresents the real statistics (and for several reasons, it doesn’t define failure or include a time frame). Even so, it is true that the majority of businesses do fail, even if they barely constitute a majority.
The good news is that after four years of operation, approximately 50 percent of businesses are still open, though that number does decline as the years go on Does that mean you have a 50 percent chance (or higher) of failing?
Not necessarily. Much depends on the nature of your business and your specific circumstances, but it does mean that entrepreneurshipis neither an easy or straightforward way to get rich.

What Entrepreneurship Does Give You

So, yes, it's uncommon for entrepreneurship to make you rich, at least in the material sense. But being an entrepreneur comes with a host of other benefits:

Does entrepreneurship make you rich?

So . . . back to the original question. The bottom line is that entrepreneurship can make you rich, and in more ways than just materially. But it's not the only way to become wealthy, and becoming an entrepreneur is certainly no way to guarantee you'll be able to build wealth.
If you become an entrepreneur just because you see it as a shortcut to "getting rich," you may need to rethink your priorities. However, entrepreneurship does offer significant potential for those willing to work for it.


Jayson DeMers is founder and CEO of AudienceBloom, a Seattle-based SEO agency. He's the author of the ebook, “The Definitive Guide to Marketing Your Business Online.